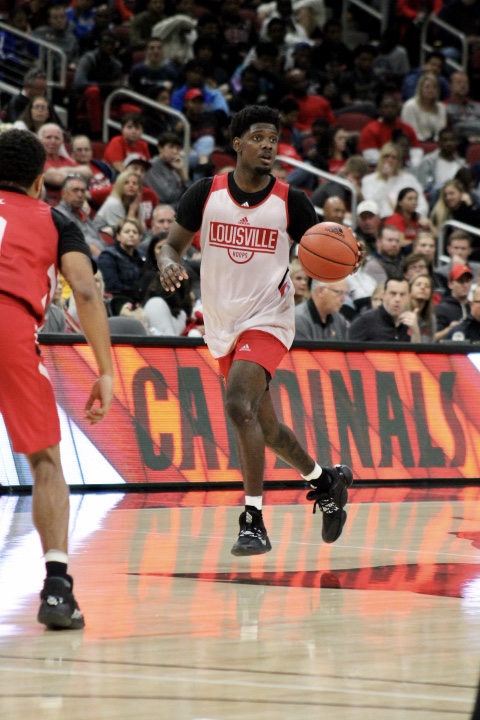 Louisville fans have had a great time on social media and around the water cooler today at the expense of our blue rivals. Pun intended. Our arch rivals are blue today after watching their #1 ranked Wildcats lose to the Evansville Aces at Rupp last night… Guess you could say “They played like Aces.”

Tonight their Missouri Valley Conference counterparts Indiana State will try to make Louisville fans feel the same way. But don’t expect the Sycamores to pull an Ace on the river.

Don’t get me wrong… I have much respect for The Valley and the Sycamores should do really well in that conference this season. They are a team that returns their top 4 scorers from a season ago. They are coming off a heckuva game against Dayton where they took the Flyers to the wire.

In that game, Indiana State shot 47% from the floor and 40% from 3-point range and outrebounded the Fyler’s 39 to 34. They are a tough gritty team that will play hard. But they don’t have the bodies to go toe to toe with the Cardinals.

Like every night Jordan Nwora will be the best player on the floor. He led his team with 21 points in the home opener making 10 of his 16 shot attempts. My dude is scoring when he wants to not when he needs to. That will be his mo tonight and this season.

Jordan is going to give us a big advantage every night but he also has a lot of depth and talent playing beside him. This Louisville team is loaded and with guys who have put in the work to improve their game.

One of those guys is Darius Perry. Thru 2 games in 2019, he is averaging 8 assists and only 1.5 turnovers. Got his first career double- double with 10 points, a career-high 12 assists and only one turnover in the home opener.

Another guy who has improved his game is Steven Enoch. He finished with a double-double in the home opener. Enoch grabbed 14 rebounds, recording 17 points, and also added 3 blocked shots. Known as a scorer Steven has added some meat to his game. When you got him rebounding and blocking shots it’s very good for the Cardinals. Not gonna be so good for the other team. He should dominate again tonight.

Weapons… Weapons… and more weapons are what Coach Mack (Evansville Purple Aces 1988-1990) has with this group of Cardinals. When he gets Malik Williams and David Johnson back it’s only going to add to his arsenal. Like I mentioned above Indiana State will have a good season and might even win their Conference Title but it’s Louisville who will have the winning hand tonight.